American actress Goldie Hawn, most famously recognised for her films Private Benjamin (1980, and of which she was nominated for the Academy Award of Best Actress) Overboard (1987) and Housesitter (1992), is so much more than a star on the screen – she was a quintessential emblem of the evolving 80s and 90s fashion with her unmissable style. 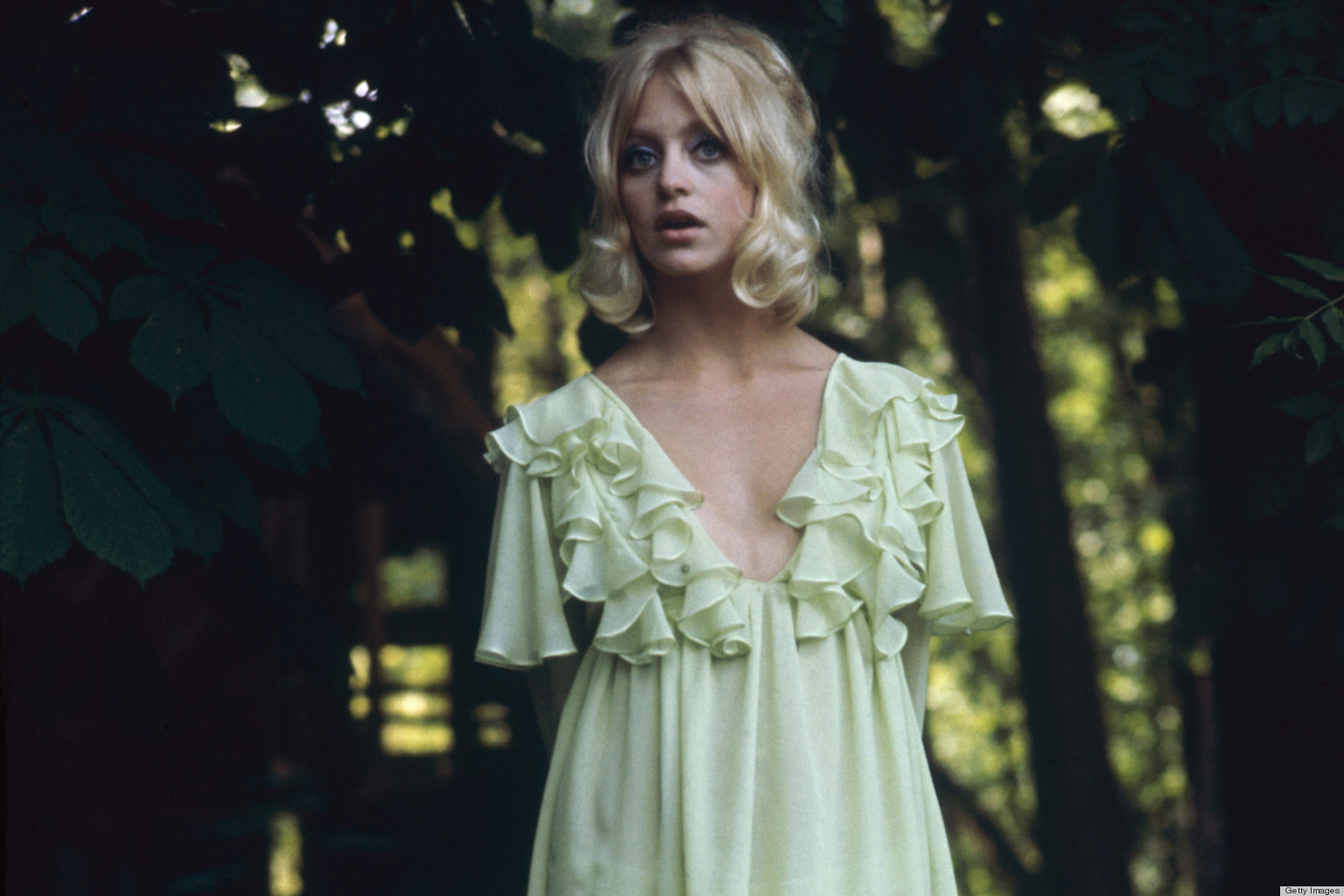 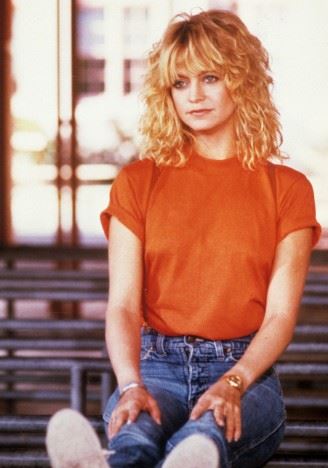 3. Goldie Hawn here advocates the 90s casual style, a classic bright t-shirt, rolled at the sleeves, and a pair of worn denim jeans. Loving her fringe and wavy hair that appears perfect without being styled. 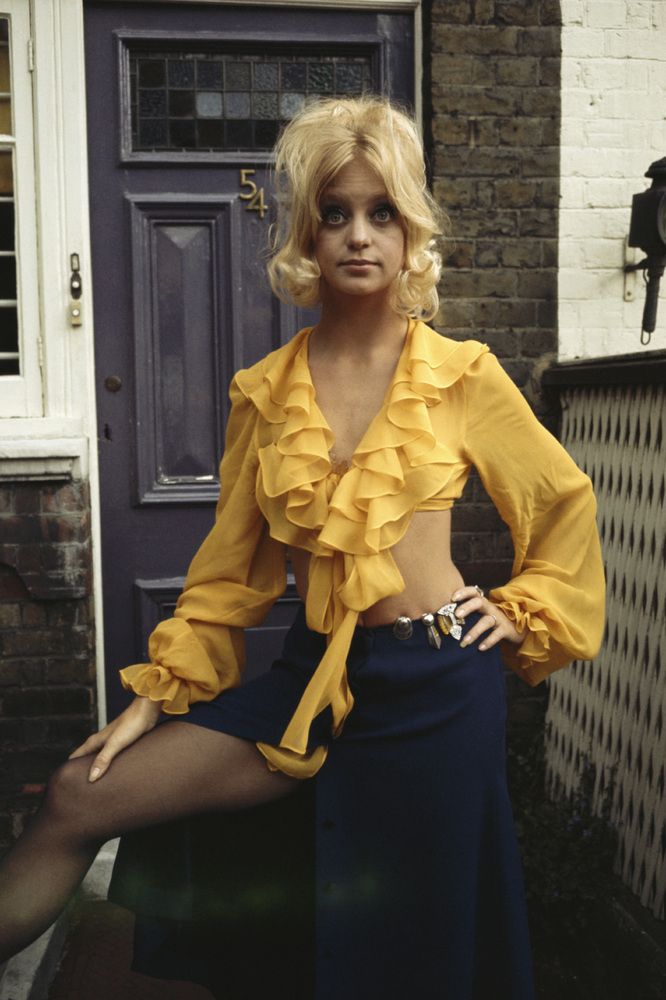 4. This is a spectacular outfit. Firstly, this mustard yellow top and navy pants go incredibly well together, and the styles of both create a bohemian, careless vibe. The chiffon material, overflowing with ruffles and puffed sleeves and the straight, leg-split skirt are a lot to be envied.

5. Red is bold and empowering. The floral hairpiece is as equally extravagant as her eccentric cold earrings, and with her simplistic red halter-neck one-piece swimsuit, she is a poolside goddess.

6. This outfit is somewhat reminiscent of Michael Jackson’s statement jackets with its shoulder pads and overall quirkiness. I absolutely LOVE the intricate gold sequin-work on this jacket, which highlights and captures the silver sparks of the clip in her high bun.

7. A woman not to be reckoned with, Goldie Hawn’s character in this film appears defiant and self-assured. She’s transformed a casual assemblage of denim jeans, brown belt and red singlet, with a revolutionary leopard-print fur mini-coat. 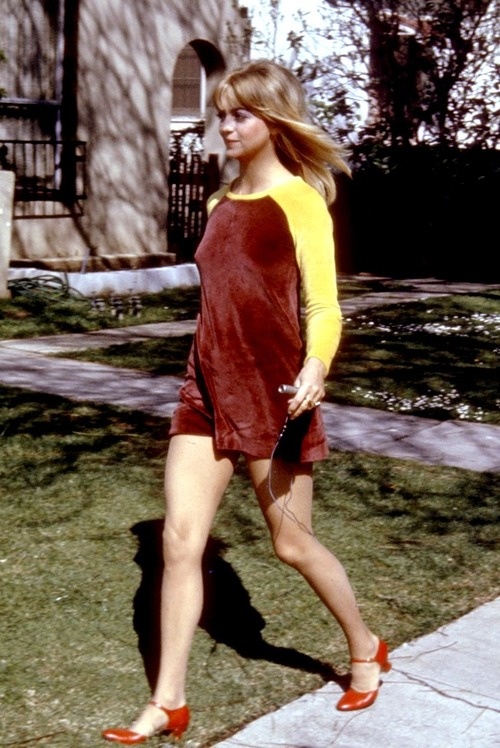 8. This dress is striking through its luxurious suede material, and its stark contrasting colours of a brown body and yellow sleeves. Casual and stylish, the bright orange sandals and her luscious straightened hair, along with her determined stance, gives the impression of a determined and powerful woman.

One thought on “Goldie Hawn – A Fashion Genius”